It’s the morning after the night before. London has woken up with a big slap on the back (and probably a hearty hangover too). The Paralympics were the “best ever”, the Olympics were awesome. London and the UK has done itself proud and I, for one, can say I feel very lucky to have experienced it all.

I’m not going to lie, originally I wasn’t the most up for the Olympics. I wasn’t an Olympic critic or anything, just not that bothered about it. It was going to provide some sporting TV over the summer, that was it. When it kicked off all those weeks ago I was instantly hooked and caught up in Olympic fever. 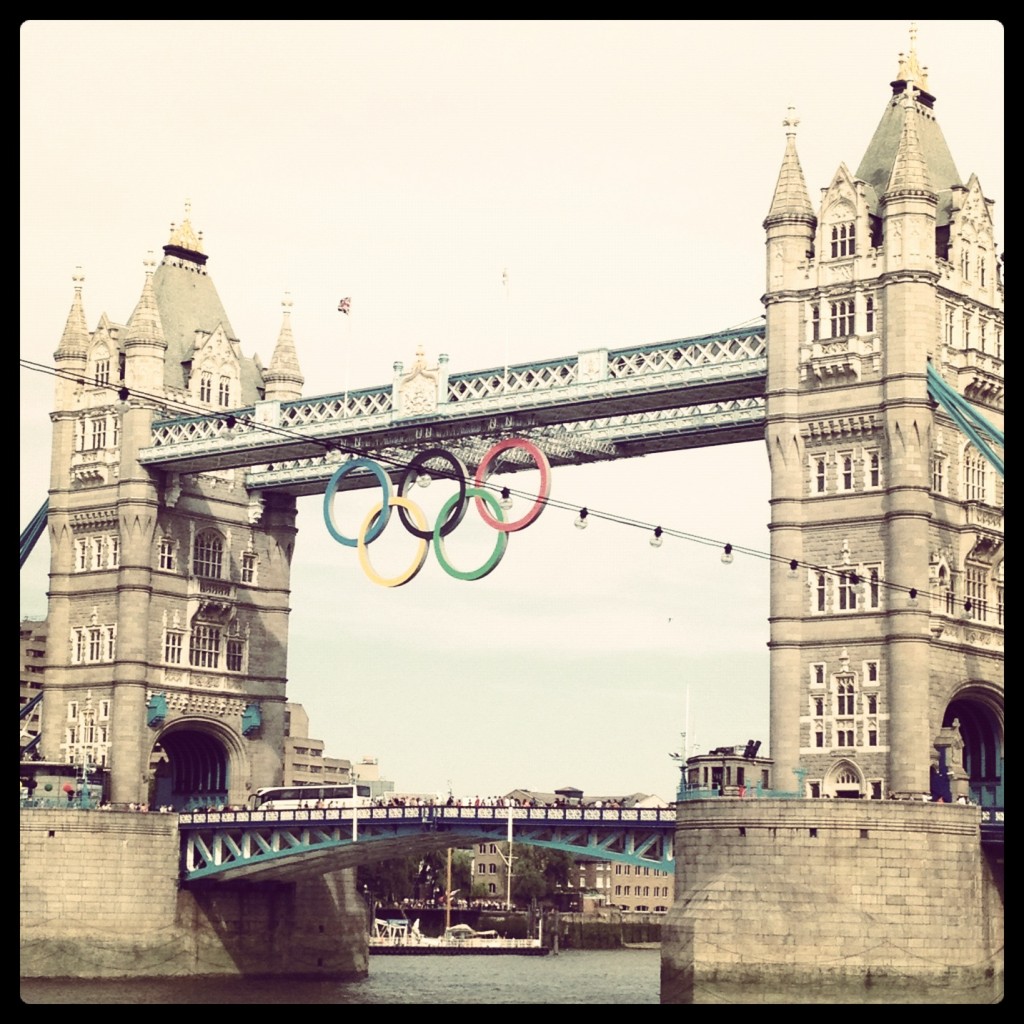 Tower Bridge with the Olympic Rings

Alas I remained ticketless throughout but that didn’t dampen my spirits. I did watch an implausible amount of it on TV, online, in pubs and on the big screens dotted around the city. A great time was had, I loved every minute of it. Everyone I spoke to talked about the ‘incredible’ olympics, asking ‘did you see this’, ‘did you see that?’ The whole mood of the country seemed to be lifted, politicians were telling jokes, BoJo was on fire, News readers were smiling and work encourage us to take it all in. It was like the UK had been hit by a massive Olympic shaped happy stick.

The BBC’s fantastic coverage played a massive part in it and I think they deserve huge credit for that, right the way through everyone involved played their part. The presenters and pundits had fun and didn’t take it too serious. The editors put together epic sequences. And the digital team put together the perfect digital accompaniment. A huge amount work was put into the creation of that cross device experience, as outlined in this interesting case-study. The scheduling and results pages were genius, as were the catch up videos being navigable down to the individual event. People should remember it next time they grumble about the license fee. Check out the BBC’s Moments of the summer.

I’ll personally take a lot from the games. I like London and the UK public even more than before, hopefully the rest of the world will too. I watched sports I’d never thought about watching before. The Mobot™ has now become my customary pose when someone picks up a camera. I’ve been inspired to get fit — we’ll see how that goes — and even bought a bike.

I hope the legacy of the Olympics does live on and more people are encouraged to participate in sport and have the opportunities to do so. I also hope the mood prevails. I’ve lived in London for a few years now and although I’ve enjoyed it it has never been the most friendly of cities in my view. During the games that has been totally different, people have been friendly and welcoming, there has been a jovial atmosphere all of the place — and I’ve even seen the odd smile or two on the tube, who’d have thought it hey?! I hope it is here to stay.